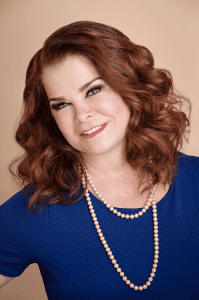 Haydee Docasar, M.D., is a skilled OB/GYN with her own private practice in Las Vegas, Nevada.

Dr. Docasar began her career in women’s health care during her early college years in San Diego, California, when she worked with an adolescent teenage pregnancy program. During this experience, she decided to orient her education towards becoming an OB/GYN. She completed her studies in psychology with a focus on family & women’s health. She went on to complete medical school at Howard University in Washington, D.C., and completed her residency in obstetrics & gynecology at the Washington Hospital Center.

Dr. Docasar has had the privilege of serving in the Navy at the Bethesda Naval Hospital in Bethesda, Maryland. Her experiences have encompassed academic medicine, military medicine, organized medicine with Kaiser Permanente, and the private sector of medicine with her own private practices.

Throughout her career, Dr. Docasar has been an advocate for women’s health care. She has been honored by the Congressional Hispanic Caucus for her involvement in raising awareness in Latino health care, and she is a member of Who’s Who Latinos. She also served for three years on the Admiral’s Naval National Domestic Violence Committee, in addition to doing community work with Against Domestic Violence groups.

Her resume is extensive in lectures given on women’s health care topics. Academic medicine has also been an area of enjoyment for Dr. Docasar.

She has been an attending teaching staff member at the Washington Hospital Center, Bethesda National Medical Center, University Armed Services College, and Touro University. Dr. Docasar is a member of the American College of Obstetrics & Gynecology, Gynecological Cosmetic Surgeons, and is a fellow in the American College of Cosmetic surgeons. Other areas of interest for Dr. Docasar include hormonal therapy, infertility evaluations, teenage education, and expert witness work.

Dr. Docasar is an integral member of the Laser Body Sculpting Institute, which specializes in laser lipolysis in Henderson, Nevada. She also has been involved as an expert witness and principal investigator in several cases and studies throughout the years.

At her Las Vegas practice, she provides innovative solutions to problems all women face as they age. Dr. Docasar is the first in Las Vegas to be trained in the advanced techniques of the ThermiVA + PRP Shot specific for bladder dysfunction and sexual enhancement and the only OB/GYN Surgeon performing the top non-surgical treatment of 2016: ThermiVA for vaginal rejuvenation.

Outside of medicine, Dr. Docasar’s interests include spending time with her two sons and participating in community service within the Hispanic community. Her Cuban and Argentinean heritage has also provided her with the language and social means to help her Hispanic patients.

Words from our patients