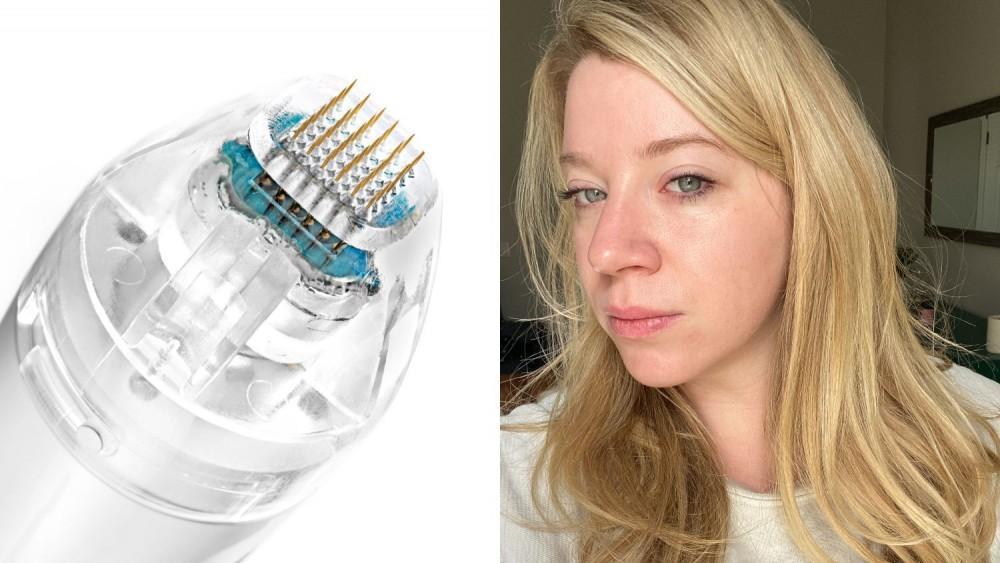 What is Vivace Microneedling?

I’ll tell you all about my own experience, but let me first offer a quick rundown on the treatment itself. In short, Vivace combines a medical grade microneedle stamping device—comprised of 36 gold-dipped needles—with radiofrequency (RF). This two-for-one approach not only reduces your overall downtime and discomfort, but it also makes the treatment more effective.

The idea behind microneedling is that it creates tiny, controlled wounds. This sends a signal to your skin to boost collagen production in order to “heal,” which ultimately helps your skin look firmer, smoother, more toned, and radiant. During an RF procedure, radio frequency energy, which generates heat, is used to trigger fibroplasia. Radiofrequency also stimulates collagen and elastin production, and because it’s combined with the microneedling, the treatment hits more deeply than it otherwise would.

Another perk of Vivace is the microneedling device itself, which is way more sophisticated than anything you’ll be able to use at home. “The at-home microneedling tools can cause more damage than benefit due to a multitude of reasons, like improper technique, poor sanitation, and even the nature of the rolling movement of the needles,” says Katie Mann, certified nurse practitioner and founder of Curated Medical. (She’s also the person who did my treatment.) “Instead of rolling, Vivace utilizes a robotic motor with a stamping movement that allows for gentle, controlled, and even insertion into the skin.”

My Experience with Vivace Microneedling

I’ve had the privilege of trying all kinds of different skincare treatments, ranging from Clear + Brilliant to CoolSculpting to Thermage and beyond. I’ve also used an at-home microneedling dermaroller. So, I was mentally prepared for this the in-office RF microneedling procedure, and like I said above, actually pretty excited about it!

My Vivace treatment began with a quick cleanse, and then the application of a thick numbing cream that took about 30 to 45 minutes to go into full effect. Once my face was prepped, it was game on. Katie started around my ear and worked her way across my entire face in sections. Because of the way the needles are spaced, you need about three to four passes in order to effectively treat your entire face.

The treatment itself wasn’t super painful, but I personally wouldn’t call it comfortable. To be fair, I made the mistake of not stopping my retinol treatment in the days before, which can make your face more sensitive to the needles. Some areas were a bit more uncomfortable than others—notably around my eyes, lips, and nose.

How long does it take to heal from Vivace?

Not including the numbing portion of my Vivace treatment, the whole thing took maybe 15 to 20 minutes. Afterward, my face was pretty pink. However, it wasn’t nearly as red compared to laser treatments I’ve had done, and it also didn’t have that hours long feeling of a sunburn, either. Any lingering discomfort dissipated within a few hours, and my face was only slightly pink the following day. (A tinted moisturizer really helped even out my complexion.)

Some side effects I did notice were dry skin and, a few days later, a slightly rougher texture. I also had some very light breakouts that cleared up pretty quickly. This was all part of the healing process, which lasted less than a week, and then it was glow central.

In the weeks that followed, I noticed that my complexion was brighter and the surface texture was smoother overall. My skin also genuinely did feel and look firmer and more toned, too, especially around my cheeks and jawline.

Like me, you should start to see benefits after one treatment, but optimal results are seen with three to four treatments spaced about a month apart. And as for the cost of Vivace microneedling, it’s not cheap. The average price of a Vivace treatment is between $850 and $1200; however, the price per treatment can sometimes be lowered when you book a package deal.

So, would I try Vivace again? Yes! I personally think that more aggressive skincare treatments like this are key in terms of keeping a healthy, youthful visage, and that they should be smartly paired with a consistent skincare regimen (SPF, moisturizer, vitamin C, light peels, and retinol). Do you have acne scars that you can’t seem to get rid of? 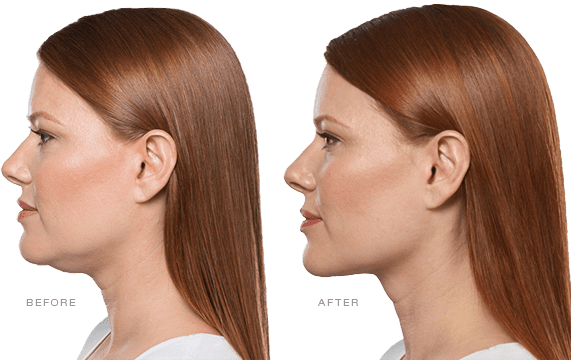 Do you suffer from a double chin? Is your chin profile line sloping down? Kybella can be the answer! 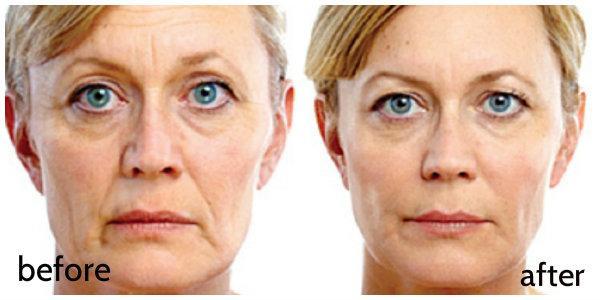 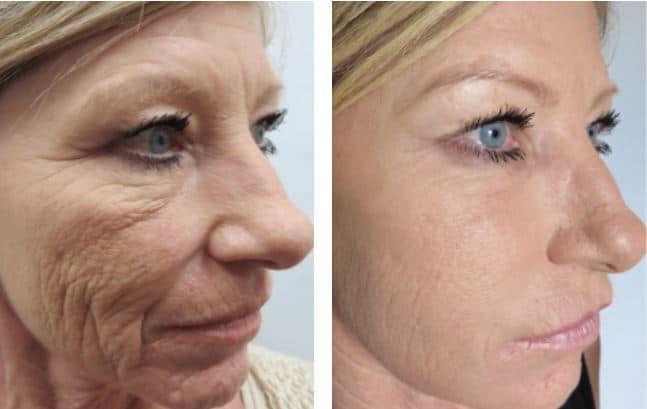 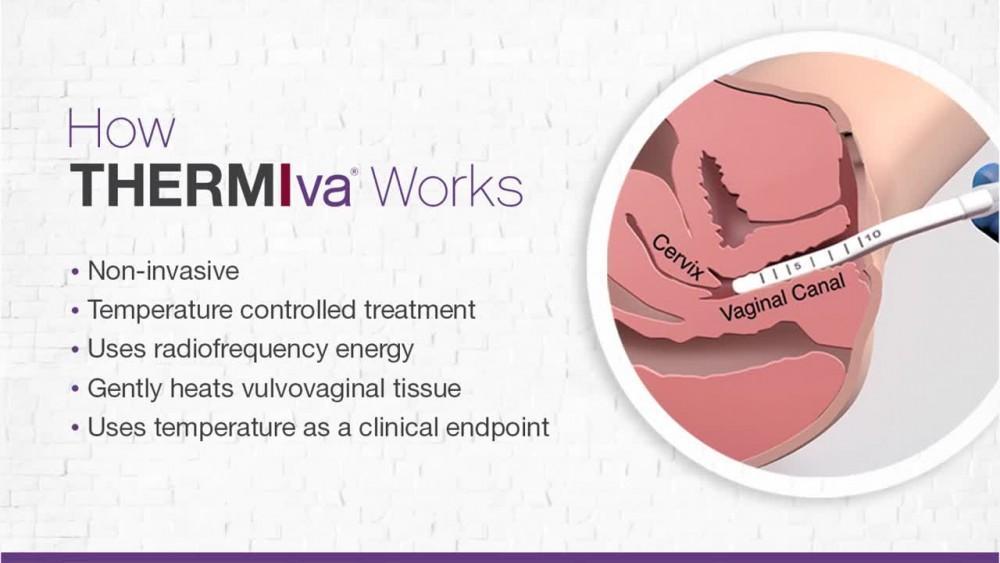 Do you have incontinence or vaginal dryness? 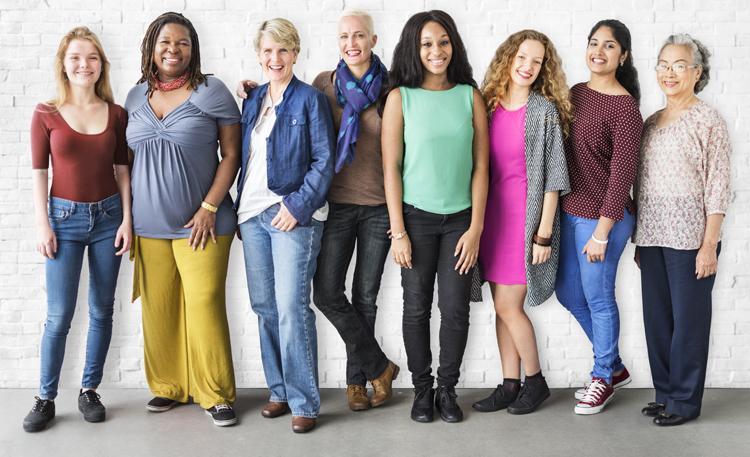 The Importance of Collagen